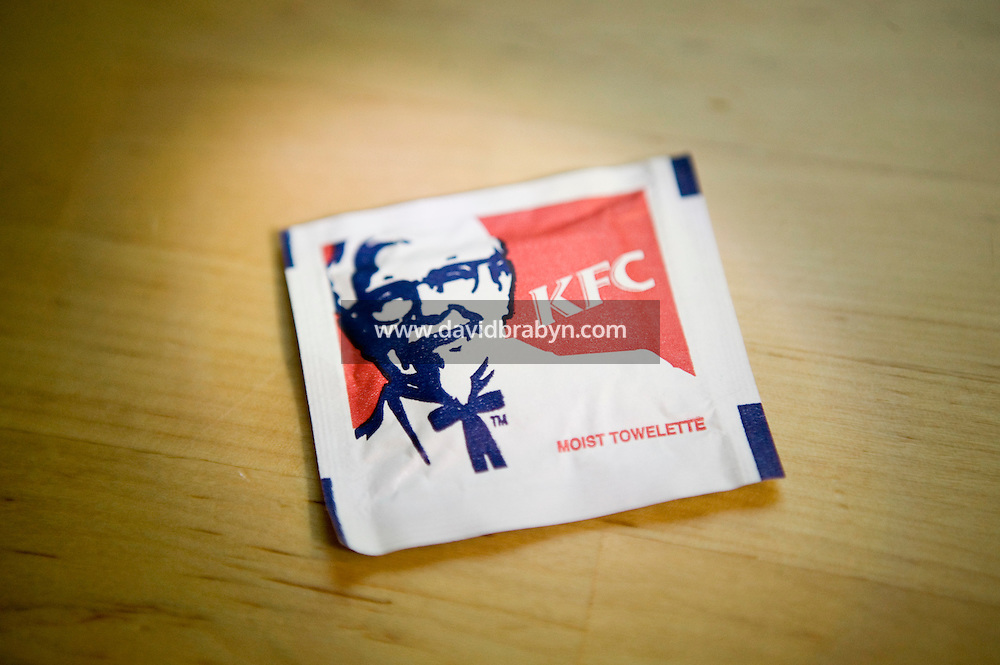 1 / 1 image(s)
In this illustration photo a Kentucky Fried Chicken moist towelette sits on a table in New York City, USA, October 30, 2006, the day KFC announced it will switch to a cooking oil with no trans fat in all of its 5,500 U.S. restaurants by April 2007. The announcement came the day the New York City Board of Health held its first public hearing on a proposal to make New York the first U.S. city to ban restaurants from serving food containing artificial trans fats.